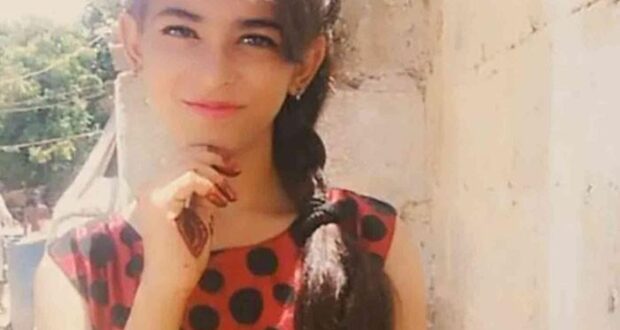 KARACHI: The Sindh High Court on Friday disposed of an application of the father of a teenage Christian girl who had reportedly converted to Islam and was allegedly forced into marriage by a Muslim man. The father withdrew the application in order to approach a family court to seek her custody.

Raja Masih, the father of Arzoo, had moved the SHC seeking review of the court’s Nov 23 order for the sake of clarifying whether it bars any competent court having jurisdiction to adjudicate upon the custody of the girl or not.

The two-judge bench headed by Justice Mohammad Karim Khan Agha disposed of the application as withdrawn since the applicant said he was willing to approach the family court to seek custody of his underage daughter presently living in a shelter home.

The bench observed that if the family court refused to entertain the application on the basis of SHC’s order, the applicant may approach SHC again for redress of his grievance if maintainable under the law.

The applicant contended that Arzoo was 13 and a minor in terms of the Majority Act, 1875, the Sindh Child Marriages Restraint Act, 2013 and the Guardian and Wards Act, 1890.

He further maintained in his application that as apparent on the face of it the bench’s Nov 23 order was silent as to whether a competent court/family court was free to adjudicate the custody of the girl or not leaving the applicant, being real parent and natural guardian of the girl, without remedy.

On Nov 23, the bench had sent Arzoo back to shelter home since she had refused twice to go with her parents and was willing to go to her alleged husband’s house.

The bench had observed that since the girl was only 13-14 years old and her marriage was not legally valid, she could not go with her alleged husband and directed the provincial authorities to appoint a female representative to ensure the welfare of the underage girl at the shelter home.

A judicial magistrate reserved on Thursday order on the charge sheet submitted by an investigating officer in the Arzoo case.

Police have booked Syed Ali Azhar, his two brothers along with their friend Danish for allegedly kidnapping 13-year-old Arzoo and allegedly forcing her to contract marriage.

On Thursday, the judicial magistrate (South), Muhammad Ali Dall, took up the matter for hearing arguments from the counsel representing complainant Raja Masih.

They contended that the present case attracted seven different sections, including 364-A (kidnapping or abducting in order to murder), 365-B (kidnapping, abducting or inducing woman to compel for marriage, etc), 375 (rape), 377 (unnatural offences), 328-A (exposure and abandonment of child under twelve years by parent or person having care of it) and 368 (wrongfully concealing or keeping in confinement, kidnapped or abducted person) of the Pakistan Penal Code (PPC).

The counsel contended that all the suspects had allegedly committed different offences punishable under abovementioned sections.

The court was asked to direct the IO to include the sections in the investigating report.

After hearing arguments, the magistrate reserved his order to be pronounced on Dec 9.