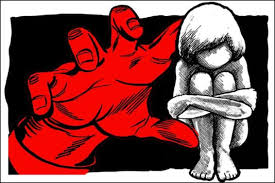 Episodes of rape and sexual assault in the country are registering a sharp rise. What happened in a Dadu village last week can by no means be considered as something out of the ordinary. The incident is at best the tip of the iceberg. Media reports say an 11-year-old girl was subjected to criminal assault in a street of Khatri village, near Khairpur Nathan Shah town of Sindh, by two suspects on Tuesday. Belonging to a peasant family, the girl was caught as she came out of her house to play in the street. Some residents of the area said she was raped by the two suspects in the street and no one summoned up courage to intervene as they belonged to an influential family.

This particular incident is especially outrageous given the fact that the culprits went ahead with their shameful act out in the open and no longer felt the need to hide their crime. A depressingly similar pattern emerges after such horrific crimes: police dither to lodge complaint and dish out familiar platitudes that culprits will be rounded up soon and justice provided. Often the assurances turn out to be hollow.

According to media reports quoting official statistics, at least 11 rape cases are reported to the police in Pakistan every day while more than 22,000 rape cases have been reported across the country in the last six years. Only 77 of the accused have been punished in these cases, with the conviction rate coming to a partly 0.3%, according to the statistics obtained from the Police, Law, and Justice Commission of Pakistan, Human Rights Commission of Pakistan, Women’s Foundation, and provincial welfare agencies. It is pertinent to mention here that the number of cases reported to the police is far lesser than the actual figure. It is due to social pressures and loopholes in the law and order system. A very low conviction rate also prevents victims to come forward to report their ordeal. This is where the police come up as a bigger culprit than the abuser.