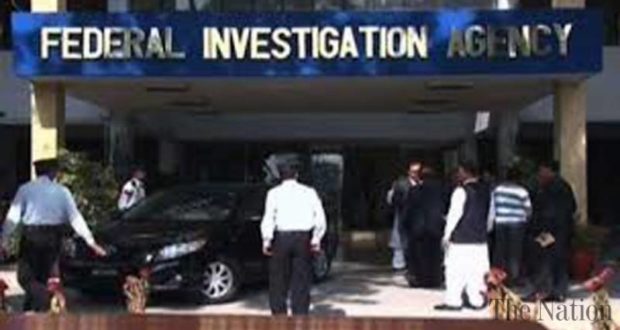 The arrests were made during a successful raid in Lahore’s Johar Town on early Thursday. The latest raid was part of the ongoing crackdown against Chinese nationals involved in smuggling of Pakistani girls to China for prostitution.

An official told The Nation that a raiding team of the anti-human trafficking cell of the FIA under the supervision of Deputy Director Muhammad Hashim Raza raided a house located in Johar Town where 8 Chinese nationals were found along with two servants.

The agency raided the house after some Pakistani girls filed complaints with the FIA stating that they were smuggled abroad by Chinese nationals under the pretense of marriages.

A spokesman on Thursday claimed the FIA arrested 11 Chinese and two Pakistanis during the raid in Lahore. The arrested suspects were residing at the rented house for the last three months. Many so-called ‘couples’ stayed at this house for some days before leaving to China. As they left to China with Pakistani girls new couple arrived at the house and this practice was underway for the last several months, the FIA spokesman said.

According to FIA sources, FIA’s Punjab Director Muhammad Waqar Abbasi revealed that a poor Pakistani Nazeer Ahmed, a resident of Ashiyana Qauid Housing Scheme Main Ferozpur Road, was contacted by some agents. They had a marriage proposal for his daughter with a newly-converted Chinese Muslim who wanted to marry a Pakistan girl. “The family was also told that the Chinese man will reside in Pakistan permanently. But after sometime he will go abroad and if his daughter goes with him she will work there and hence a handsome income could be earned during their stay abroad.”

The cheaters managed to convince the father who tied knot of his daughter with Chinese national Chan Yan Ming. Chan Yan had introduced himself as Musa after he converted to Islam.

The Chinese national paid marriage expenses and the agents also got commission out of those expenses. Moreover, these agents were in touch with their ringleader David in Islamabad. The applicant married his daughter with Musa who took her to Islamabad and then to China.

“After some days, the applicant received a phone call from his daughter in China. She told her father that she had been deceived and his groom was a non-Muslim who pretended to be a Muslim,” officials said.

After arriving in China, the man forced his wife to become a prostitute. She denied and hence faced bitter consequences. The victim also revealed that the same gang was involved in such kind of business and they had managed to smuggle several Pakistani girls to China. The Pakistani girls were forced to do unethical business like forced labour, sexual exploitation, and human organs trade.

As the shocked complainant contacted the concerned agents who had arranged his daughter’s marriage, they replied they could not do anything for him and he should contact their boss David in Islamabad. When the poor father contacted Wei Linping (David) in Islamabad, he demanded the poor man to pay him back two million rupees if he wanted his daughter back home. Otherwise either she has to be a prostitute or they will sell her. The applicant denied receiving any cash from the agents.

FIA Director Muhammad Waqar Abbasi constituted a special team under the supervision of Deputy Director Muhammad Hashim Raza and ordered arrest of the gangsters. “Due to the interference of Pakistani Embassy in China, the victim Amna Nazir appeared in FIA Office and stated that her father had filed an application when she was in China. She returned to Pakistan early this week and disclosed to the investigators that the Chinese who abused her were operating from a house in Lahore’s Johar Town.

She also stated that after her marriage she was taken to a house in H-Block Johar Town near Expo Center to meet David whose real name is Wei Linping. The agents of marriage bureau for the sake of their commissions used to bring innocent girls for fake marriages.

“During investigation, it was transpired that Song Guoqiang and Mr Liu are the main culprits of the gang,” official said. They worked as agents for other Chinese nationals and were involved in business of fake marriages.

Accused made fake marriage and exploited Ms Amna Nazir by smuggling her to China for commercial sex and sale of her organs. During the search, the FIA team also recovered six Chinese passports with different names including Hongfa Yang, Chuanjia Liu, Libing Liu, Bo Wang, Gongze He, and Tianyi Liu from the house. Two Pakistani passports namely Fozia Asghar, and Muhammad Kashif and a police character certificate of Fozia Asghar were also recovered.

An official said more arrests were expected in the days ahead since they were investigating the case with strong evidence to identify role of other culprits who were part of the gang.

The FIA’s raid on fake marriage bureau in Lahore came just one day after the Anti-Human Trafficking Cell recovered three Pakistani girls and arrested 14 Chinese nationals in continuation of its crackdown on the gangs involved in fake marriages with Pakistani girls. The arrests were made during raids conducted in Islamabad and Rawalpindi.

During the last couple of weeks, the FIA has arrested more than 20 foreign nationals during raids in Faisalabad, Islamabad and Lahore. Some media reports suggest more than 100 Pakistani women, many of them belonging to Christian families, had already been trafficked to China after being trapped into fake marriages.

The interior ministry ordered countrywide crackdown after the sex and human trafficking scam involving Chinese national came to light. The arrests in a series came only one week after the Human Rights Watch said Pakistan should be alarmed by recent reports of trafficking of women and girls to China. It pointed out that the allegations were disturbingly similar to the pattern of trafficking of “brides” to China from at least five other Asian countries.

The News: FIA arrests 8 Chinese involved in marrying Pakistani girls, forcing them into prostitution in China