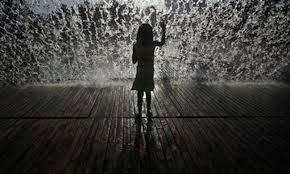 Posted by: admin in Gender Based Violence August 16, 2022 Comments Off on Accused of Physical Assault, Murder Case of Minor Girl Held 26 Views

BUREWALA – Police on Monday, in a special operation, arrested the accused of kidnapping, physical assault and killing a six-year old girl. According to police sources, six-year old Eman Fatima daughter of Muhammad Amjad resident of Village 265/EB in premises of Sadar Burewala police station went missing two days ago and the police found her body from a nearby pound after 12 hours.  The police formed a special team to investigate the incident and arrest the criminal.

The police conducted the autopsy of the body in which torture and physical assault was proved on the minor girl. The police team arrested 16-year old accused Sufiyan Ali who was a cousin of the girl and was living in his uncle’s house along with his mother and little brother, sisters after the death of his father a few years ago. During the investigation, the accused confessed the crime, however, further investigations were underway from him, police sources added.