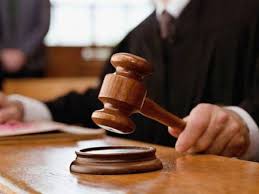 ISLAMABAD: The Supreme Court on Wednesday acquitted an accused, a resident of Faisalabad, allegedly involved in burning his wife alive and turned down the decision of the high court.

“Registration of first information report (FIR) after eight days of the incident had raised several questions,” Chief Justice of Pakistan (CJP) Justice Asif Saeed Khosa, while heading a three-member bench of the top court, observed during the hearing.

He noted that the medical report of the deceased woman had stated that the incident took place owing to a gas cylinder blast.

Justice Khosa remarked that the medical report contradicted with the fabricated story presented by prosecution regarding the incident. He observed that “may be the in-laws of accused changed their mind later and decided to register FIR against Muhammad Imran [the accused] after eight-day in an attempt to get some financial benefit”.

The order read that the prosecution had failed to prove its charges against the accused during trial and hence he was acquitted by given benefit of doubt.

The accused was awarded a death penalty by a trial court in 2012. However, the high court had converted the death sentence into life imprisonment. Imran had challenged the verdict in the apex court.

The top court also acquitted two convicts accused of murdering two brothers in Karachi by giving them benefit of doubt.

The three-judge bench, headed by the CJP, announced the judgment on appeal of the accused, Muhammad Awais and Shabir Ahmed who had challenged the high court’s verdict of death sentence.

The two were accused of killing two brothers, Naeem and Nadeem, on October 23, 2005. An additional sessions court in Karachi had announced death penalties to the accused on murder charges. The Sindh High Court had also maintained the judgment of lower court.

The accused had stated in their appeal to the top court that their names were not mentioned in first information report (FIR), which was registered against unknown persons. Police later involved them in the investigation.