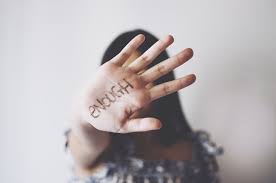 The survey further said that 38 per cent women have experienced spousal violence in their lifetime and 35 per cent women reported physical, sexual and psychological violence at the hands of spouses and others.

Women are not likely to seek help or speak up about their experience of gender-based violence to others, some consider it as family matter or private matter or some time matter of family honour, it said.

Survey claimed that the most prevalent form of violence reported in the survey is psychological and physical with ratio of 34 per cent women have experienced psychological violence by spouse and 20 per centwomen have been physically abused by their husbands.

Survey revealed that violence against women could badly affect the survivor’s mental, physical and reproductive health with physical injuries, psychological trauma leading to low self-esteem, hypertension and sleep problems have been reported.

The survivors’ who reported incidents of physical and sexual violence in the past 12 months, also reported mental health issues and emotional trauma. In recent years Government of Pakistan has introduced legislative amendments, enacted new laws and initiated investments in preventing violence against women and providing services to survivors of VAW, it added.

The Protection of Women Act was introduced along with, ‘Hudood Ordinance’, Prevention of Anti-women Practices Act and Acid Control and Acid Crime Prevention Act. Survey suggested that freedom from violence through enhanced state prevention, protection, prosecution and redressal mechanisms are needed.

Effective collaboration between provincial and district governments were needed to implement laws to address violence against women. There is also need to focus on engaging men and young boys for behavioural changes with start in changes of curricula and extend messages to all media firms, it said.