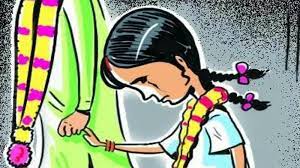 DADU: Taking notice of a 12-year-old girl’s marriage with a 50-year-old man on a recent ruling of a jirga (tribal court), the district and sessions judge of Dadu got an FIR registered against all those involved in the matter.

Dadu SSP Aijaz Ahmed Sheikh said that the FIR was registered on Monday against Pyar Ali Bughio (father of the girl), Maulvi Ghulam Mohammad Bughio (the nikah khwan) and Khalid Bughio (the groom). Khalid Bughio was arrested, he said.

The underage marriage case was lodged by ASI Ali Mohammad at Faridabad police station on behalf of the state, he said.

The SSP claimed that he was not aware of the ruling having been issued at some jirga as claimed in the media but a police team had been sent to Charo village of Mehar taluka where the Bughios and their families lived. The police team would catch the culprits if the claim stood true, he added.