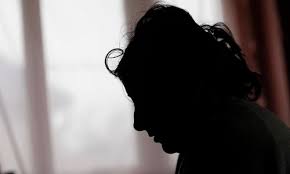 3 rounded up in woman’s assault case

Islamabad : The police have rounded up three accused involved in assaulting and disgracing a woman and her fiancé at Sector E-11/2, after a viral video of the incident on social media.

The Golra police have registered the first information report (FIR) under sections 354-A, 506-II, 341, 509, 34 PPC, against the people involved in the episode, saying that the number of accused could be more than six who were directly involved in the case.

The prime suspect identified as Usman Mirza was running a property business while others assisted him in the dealing, the people engaged in the investigation of the case, said. The police is striving for the arrest of other accused in the case.

The police hierarchy took the notice when the video of torture and sexual harassing of a woman and a man went viral on the social media and Golra police team headed by SP (Sadar) Farooq Amjad Butter arrested the three suspects identified as Usman Mirza, Hafiz Ataur Rehman and Farhan Shaheen Awan.

In the video message, the prime suspect claimed that he would come out of jail within weeks as his opponents who lodged complaint against him were poor and feeble and have not capacity to stand in front him. The people of the area confirmed his claimed saying that he was very powerful having strong contacts in power corridors. But the incident raged among the people of the area.

The Capital Police, in a press statement said that Inspector-General Police Islamabad Qazi Jamil ur Rehman took serious notice of the incident and constituted a special investigation team under the supervision of SSP (Investigation) to probe the matter thoroughly. The team comprises SP (Sadar) Farooq Amjad Farooq Buttar, SDPO Sadar, SHO Golra, and investigation officer. The IG directed the team to utilize modern technology to reach the facts and bring the culprits to justice.

The accused were presented before a court of law on Wednesday to get their physical remand.