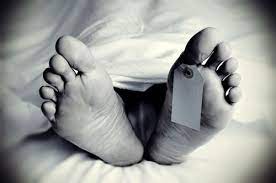 The number of women being killed in the name of honor in the Sindh province has increased by 16 percent during the first six months of 2021.

According to a crime report conveyed to Director General National Police Bureau, the first six months of the ongoing year saw 67 women being killed in the name of honor, witnessing a 16 percent increase.

It further shared that 16 men were also killed over honor killing, showing a two percent increase in the number of such murders from the same period of the previous year.

The police report shared that Kalashnikov, short gun, pistol, dagger and other weapons were used in these incidents reported across the Sindh province.

“28 incidents of honor killings saw husbands involved in killing their wives while four and 10 incidents respectively showed involvement of father and brother,” the report shared as it further highlighted that 16 incidents also involved relatives who killed men and women over what they called honor.

In October 2016, the joint session of parliament passed long-awaited legislation closing a loophole that allowed people who killed for “honor” to walk free.

The legislation, passed unanimously by the National Assembly, mandated life imprisonment even if the victim’s relatives forgive the murderer.

However, even the legislation have not completely addressed the issue with so-called honor killing incidents still being reported from across the country, where women mostly becoming the target of it.

Meanwhile, such remarks reflect an increase in ultraconservative and even extremist religious values in Pakistan, said Amir Rana of the Pakistan Institute of Peace Studies.

The country has seen an explosion of religious organizations and religious political parties, many with extreme beliefs, said Rana, whose organization tracks and documents extremism in Pakistan.

These organizations have tremendous reach in most cities and towns, where they provide services from education to health care, and thus have extensive ability to influence social values, said Rana.

The history of religious extremism in Pakistan is complicated, and Chaudhry, the information minister, argued that America shares responsibility for the role it played in the region in the 1980s.