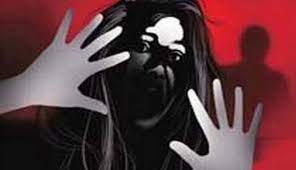 Posted by: admin in Gender Based Violence 9 days ago 0 8 Views

SAHIWAL: Under pressure from social media users, the district police booked after 48 hours of the incident 15 people, including six women, for barging into a private property, brutally torturing and publicly humiliating three women in village 53/GD, Noor Shah vicinity on Wednesday.

On the intervention of District Police Officer (DPO) Kashif Aslam, Noor Shah police registered a case on Friday under sections 343, 337L(2), 148 and 149 of the PPC on the complaint of Muneeran Bibi and arrested five nominated people.

Muneeran Bibi, a resident of village 53/GD, and her husband, Lumberdar Muhammad Hussain, had bought a 13-marla piece of land from Pehlwan five years ago. However, the village Rajputs from the local Bheghalla Biradri claimed that they already owned the land. Tension continued between the two parties since then.

On Wednesday afternoon, villagers said 15 people, including six women, armed with bamboo sticks and rods forced their way into Muneeran’s land where she was feeding her animals along with her sister and daughter. The assailants tortured the three women, dragged them out on the street and abused them in front of people. They also tore off their clothes and forced them to walk in the street.

After 20 minutes of abuse, some locals intervened and the attackers left. The injured women were shifted to the DHQ hospital. Noor Shah Police arrived at the scene but did not issue the injured a medical docket.

On Thursday, some villagers uploaded the women’s torture video on social media over which the DPO took notice and directed the Saddar deputy superintendent of police to look into the matter.

Police arrested five of the main suspects and started interrogating them, as well as investigating their claim over the land.