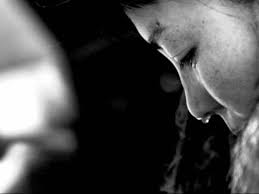 Posted by: admin in Gender Based Violence 17 days ago Comments Off on 10 suspects detained in connection with rape and murder of girl in Quaidabad 39 Views

Taking notice of the complaints of the family of a girl who was found raped and murdered in the Quaidabad area on Friday, Malir Senior Superintendent of Police (SSP) Irfan Ali Bahadur on Saturday suspended the Quaidabad SHO and other cops.

Moreover, 10 suspects have also been arrested in connection with the rape and murder of the minor girl and they are being interrogated.

The girl went missing on Wednesday while she had gone out of a house in Landhi’s Muslimabad area. Her family, however, said the police did not register a case despite multiple visits to the police station. The family themselves discovered the body of the girl on Friday at a garbage dump.

SSP Bahadur said they had detained about 10 suspects and called a medical team to take their DNA samples. The suspects were detained with the help of ground intelligence and statement of the witnesses.

The officer said that he and the Malir investigation SSP had visited the crime scene again with officials of the forensic division and investigation department. They also met the father of the girl and informed him about the initial investigation.

SSP Bahadur said that as a departmental inquiry had been initiated against the policemen who showed negligence in the case, he had suspended Quaidabad SHO Ameen Khoso, the head Mohrir and duty officers of the police station. He maintained that he would not tolerate any carelessness in the investigation.

The victim was a resident of the Quaidabad area. She went missing on Wednesday when she left her brother’s house for playing. Two days later, her body was found by her family members within the limits of the Quaidabad police station.

The family took the body to Jinnah Postgraduate Medical Centre where a preliminary post-mortem report suggested that the girl had been raped before she was strangled to death and marks of torture were also found on her body. The body was later handed over to the family for burial.

The victim was the third among six sisters. Her father is a fruit vendor. Following the discovery of her body, her family members and relatives staged a protest and demanded that the government take measures to protect girls so that the same did not happen to someone else’s daughter.