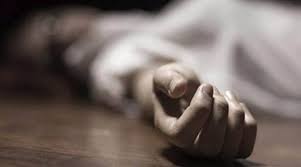 LAHORE: A woman expired in hospital on Thursday, a few hours after her husband subjected her to severe torture at Shaukat Town, Ghazi Road.

The victim has been identified as Anila, mother of three. Her husband, Shahzad, allegedly badly injured her over a domestic issue. As a result, her condition went critical. The accused fled the scene. The woman was admitted to hospital where she died. Police removed the body to morgue.

Share0Pin0Tweet0LinkedIn0Email0
2021-05-21
admin
Previous: Centre to be established for women in distress: minister
Next: Slain girl’s father accuses police of inaction