Woman strangled to death by ‘fiancé’

Karachi: A woman was strangled to death allegedly by her fiancé in Afghan Basti near Super Highway after her family delayed her marriage to him, police said on Friday.

He added that Meena’s family had nominated Ghani as their daughter’s killer in the FIR and police were looking for him. 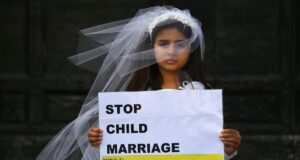