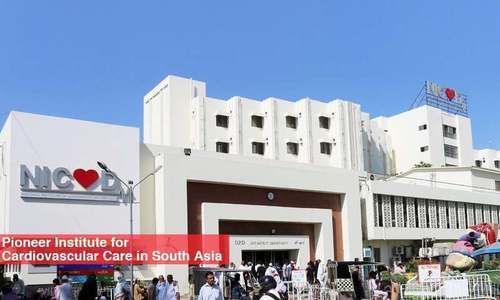 A security incharge and two security guards of the National Institute of Cardiovascular Diseases (NICVD) have been removed from their services after they were found guilty of sexually harassing a woman at the work place.

In her application filed with the provincial ombudsman, Shireen Javed accused Abdul Lateef Dar, Jawed Hussain and Mirza Zafar Mehmood of committing sexual harassment and creating a hostile environment at the work place.

After hearing the complaint, the provincial ombudsman found them guilty of sexually harassing the woman and causing mental agony to her at the work place. Subsequently, they were removed from their services immediately. The ombudsman office also directed the hospital’s executive director to deduct the fine amount from the accounts of the accused persons and transfer it to the office.