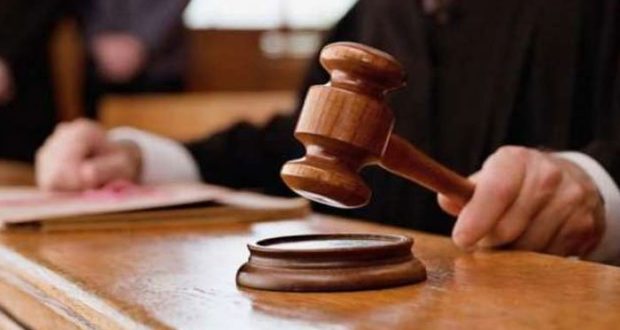 SUKKUR: The Civil Judge Sehwan, Imtiaz Bhutto, who was suspended due to alleged sexual-assault on a litigant woman in his chamber, reached the District and Sessions Court along with his lawyer to get pre-arrest bail on Friday.

Reports said DSP Aurangzeb Abbasi and Munir Abbasi told the court that the suspended judge was neither cooperating with the inquiry team nor recording his statement or providing blood samples for DNA test. During the hearing, the district and sessions judge directed the suspended judge Sehwan to record his statement and also ordered to provide blood samples for DNA test.

Later, Imtiaz Bhutto, on the directives of the court, recorded his statement to the inquiry team in the presence of the prosecutor, and categorically dismissed the allegation of sexual harassment.

After recording his statement, the lawyer of the suspended judge told the court that the statement of the woman should also be recorded. The court adjourned the hearing for February 21 and remarked that the accused should have to bear the cost of the DNA test.

A new Joint Investigation Team (JIT) was set up by the DIGP Hyderabad to investigate the allegation of Salima Brohi, the rape victim, against the suspended Civil Judge Sehwan, Imtiaz Bhutto.