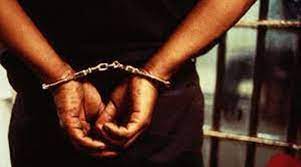 KARACHI: A judicial magistrate on Wednesday remanded in police custody a suspect for allegedly sexually assaulting a minor girl.

Police arrested and booked the man for his alleged involvement in assaulting his 10-year-old neighbour in the Essa Nagri area.

On Wednesday, the investigating officer produced the suspect before the judicial magistrate (east) to seek his physical remand for interrogation and investigation.

He informed that the suspect was a neighbour of the victim who used to visit his house for tuition. On the day of the incident, the suspect allegedly subjected her to a sexual assault when she came to his house, he added.

The IO said the custody of the suspect was required for interrogation, completion of investigation and other legal formalities. Therefore, he requested for 14-day physical remand of the suspect.

However, the judge remanded the suspect in police custody for three days and directed the IO to produce him on the next date along with an investigation report.

Following the incident on Tuesday, victim’s relatives and neighbours had allegedly surrounded the suspect’s house, blocked the road for vehicular movement to lodge a violent protest in which some four policemen were reportedly wounded. Later, the suspect was arrested and booked in a case registered at the PIB Police Station.

Other Media Reports: The News