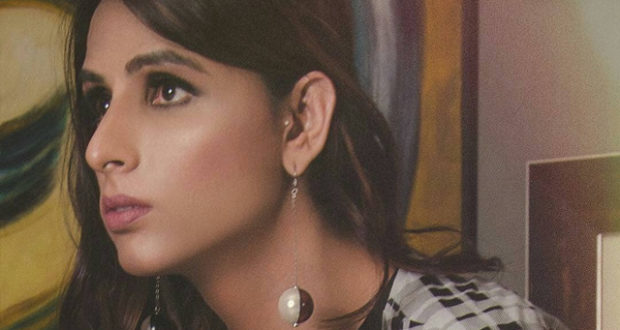 It started when a social media user, Minahil Baloch, asked people to not support those accused of rape even if they make it to Cannes. It is pertinent to keep in mind that Sid’s short-film Rani has recently made it to Cannes. While no names were taken, Baloch later shared screenshots of her conversation with Kami in which the activist is claiming that Baloch defamed her.

“With a heavy heart, I’m writing this, that i am being threatened by trans model Kami Sid for making a post about something where I haven’t named anyone, while the community is marginalised itself, everyone should be held accountable for their actions regardless of their gender,” Baloch tweeted.

She further added, “My post has nothing to with her and her making it up to Cannes. It’s not the first time she is threatening anyone, I’m making this public and if anything happens to me i want everyone to know it’s Kami Sid.”

An activist, Shumaila Hussain Shahani backed Baloch’s story of Kami ‘threatening anyone who would talk about the suppressed 2015 rape case.’ 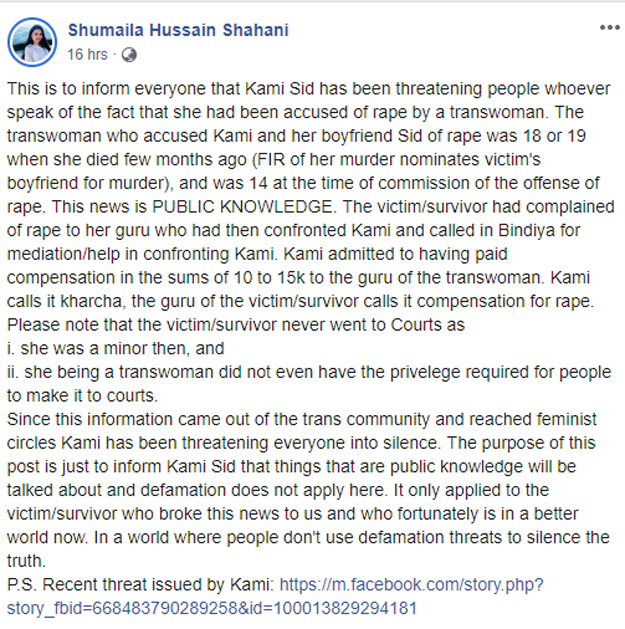 “The transwoman who accused Kami and her boyfriend Sid of rape was 18 or 19 when she died few months ago (FIR of her murder nominates victim’s boyfriend for murder), and was 14 at the time of commission of the offense of rape. This news is PUBLIC KNOWLEDGE,” Shahani wrote on Facebook.

Another activist, Mohammad Moiz, to whom the victim allegedly told her ordeal, shared: 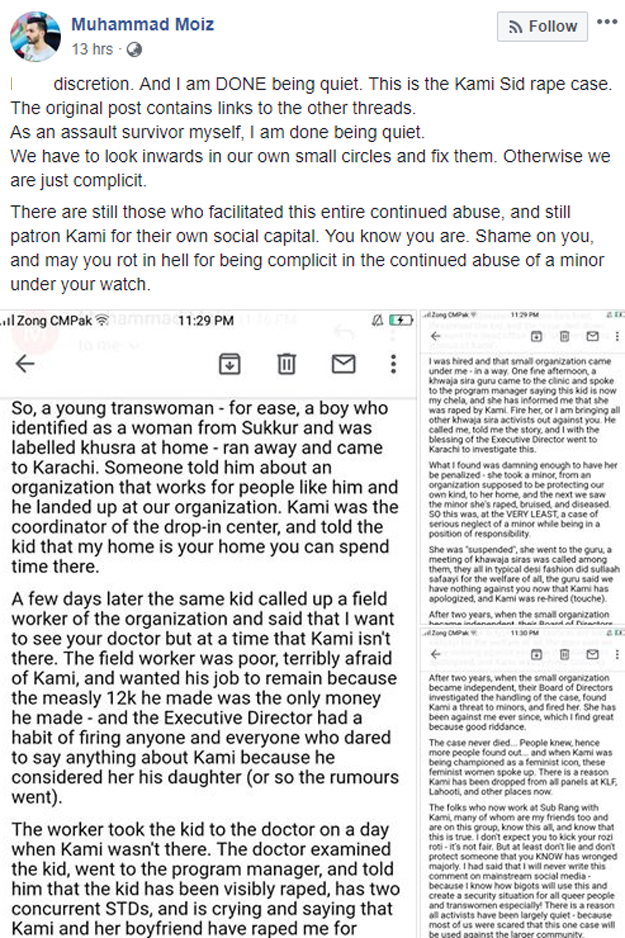 “I am DONE being quiet. This is the Kami Sid rape case. The original post contains links to the other threads. As an assault survivor myself, I am done being quiet. We have to look inwards in our own small circles and fix them. Otherwise we are just complicit,” he wrote in a post.

“There are still those who facilitated this entire continued abuse, and still patron Kami for their own social capital. You know who you are. Shame on you, and may you rot in hell for being complicit in the continued abuse of a minor under your watch.”

Hussain later shared screenshots from an email in which he detailed the incident. 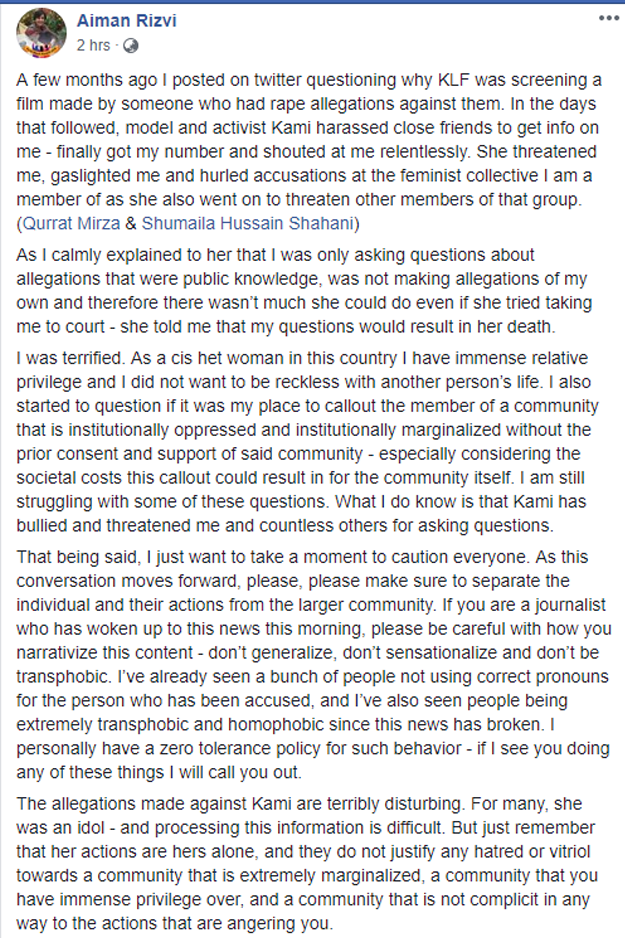 “A few months ago I posted on twitter questioning why KLF was screening a film made by someone who had rape allegations against them. In the days that followed, model and activist Kami harassed close friends to get info on me – finally got my number and shouted at me relentlessly,” she penned. “She threatened me, gaslighted me and hurled accusations at the feminist collective I am a member of as she also went on to threaten other members of that group, Qurrat Mirza and Shumaila Hussain Shahani.”

She continued, “As I calmly explained to her that I was only asking questions about allegations that were public knowledge, was not making allegations of my own and therefore there wasn’t much she could do even if she tried taking me to court – she told me that my questions would result in her death.”

Kami, on the other hand has denied all allegations. Talking to The Express Tribune, the activist shared, “These are very serious accusations and I’m not giving out any statements regarding the allegations without consulting my lawyer.”

The Nation: Rape allegations against Kami Sid cause stir on social media

Share0Pin0Tweet0LinkedIn0Email0
2019-05-24
admin
Previous: Killers of Farishta to be brought to justice: Firdous
Next: LHC upholds firing of university professor