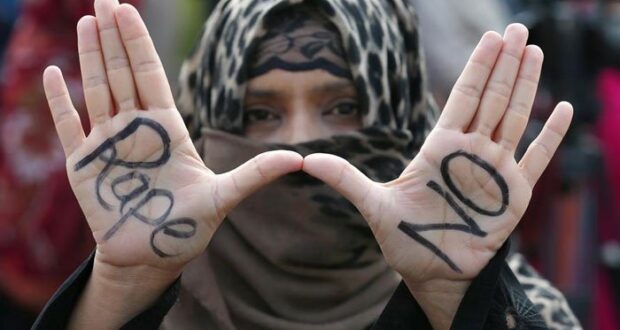 HAVE you ever wondered what a rape survivor goes through post-incident? Let me walk you through their journey and encourage readers, in particular policymakers and state officials, to imagine themselves in the shoes of the survivor. And to keep this feeling in mind when they take their next steps.

The first torture for the survivor, if conscious, is to report the crime. There is no universal access number in Pakistan. Therefore, depending on where you are, you have to be in your complete senses to know where to call to report. The longer the delay between a crime committed and its reporting, the weaker the case.

Within the state machinery, the police are typically the first responders. Yet they are a product of the same society that reeks of patriarchy and misogyny. We are naive to expect them to behave differently, unless trained and under strictly enforced protocols. As you can imagine, that is not the case.

Unsurprisingly, the police engage with survivors in an insensitive and judgmental manner — their questions reveal they are mostly on the lookout for things that the survivors must have done to ‘invite’ such ‘behaviour’. Although police protocols require that a female officer be part of the investigation team, this is often not the case due to a number of reasons, including shortage of female officers.

Next comes the investigation process. What is the first step, you ask? Demanding the survivor prove her virginity. A survivor who was just assaulted is then subjected to an intrusive, outdated and wicked procedure known as the ‘two-finger test’ (TFT). It has no legal or medical basis but is followed more rigorously than any existing laws. Recently, Punjab health authorities indicated their intent to ban this horrendous practice. However, as of writing, it is still customarily enforced across the country.

After reporting, the survivor needs to undergo a medical examination as soon as possible. The most authentic evidence that can prove rape is said to be gathered within the first 24 hours — without taking a shower or changing clothes. According to official Punjab Police statistics for this year, 2,043 rape cases have been registered to date, with only 295 (a mere 14 per cent) being under investigation. One ray of hope in the investigation process has been the growing use of forensic labs (particularly in Punjab), but the quality and usage varies across provinces.

Let’s say you get this far, and the case goes to trial. The torture doesn’t end here. Rape has been criminalised under Section 376 of the Pakistan Penal Code. It mandates death penalty for gang rape, and 10-25 years’ imprisonment or death penalty for rapists. The case begins at the sessions court but, like all other cases, it can be appealed in the superior courts as well.

While the law since 2016 requires that a rape trial be concluded within three months, this is rarely the case. The final decision could take years, given the backlog of cases. The mortifying treatment a survivor endures is also psychologically tormenting. Imagine being in a courtroom filled with strangers (mostly men) and having to narrate the horrific incident in as much detail as possible. Imagine being cross-examined while men snicker around you. Every step of the way, the system is a monster.

Today, I don’t want to aim for the sky, but to at least be able to look up. I want to feel hope. Today, I want to recommend small changes, not big wins.

Firstly, first responder police teams should be trained and given strict protocols to follow. We need to criminalise brea­ches of protocol.

Secondly, we need a universal helpline that works throughout Pakis­tan. If the state doesn’t have the resources, then it should find a development partner. It makes reporting easier and also generates useful statistics for informed and targeted decision-making. The command centre should inquire about the issue and pass on the complaint to the relevant and nearest team for immediate relief. This is likely to eliminate possible confusions and delays caused over territorial disputes.

Thirdly, Pakistan should immediately ban the use of TFT across the country. There is no legal reason for it, besides being traumatising and humiliating. Finally, police stations in every province should have the numbers of listed NGOs that can send professionally trained female facilitators to accompany first responders to the crime scene, with her prime purpose being to ensure the welfare of the survivor.

In conclusion, if we can’t do anything else, we should at least improve the quality of state-citizen engagement post-incident. We can at least try to ease the pain and help the survivors and their families begin healing through our handling of the situation.

2020-09-23
admin
Previous: Woman kidnapped, raped in Clifton
Next: SHE IS A HUMAN, NOT SOMEONE’S HONOUR!