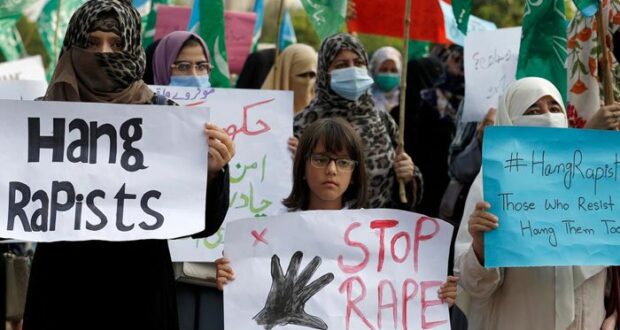 Showing their concerns over recent cases of sexual violence against women, children and transgender persons in the country, a group of women activists on Friday demanded justice for violence survivors, as well as swift action against the perpetrators of the Lahore-Sialkot motorway gang-rape incident.

They also demand sensitisation of law enforcement and government personnel on these issues. The participants demanded a society without exploitative patriarchal structures and control of economic resources, the right of women to make decisions about their own bodies, an end to forced religious conversions and the sexist portrayal of women in the media, among other things.

They urged that all public spaces be made safe for women, a gender-sensitive curriculum be introduced and government spending on women’s health, education, and safety be increased.

The protesters however expressed opposition to calls for public hangings and capital punishment for the perpetrators. Anis Haroon, Sheema Kirmani, Parveen Naz, Bindiya Rana, Mahnaz Rehman and Pastor Ghazala Shafiq were prominent among the participants.