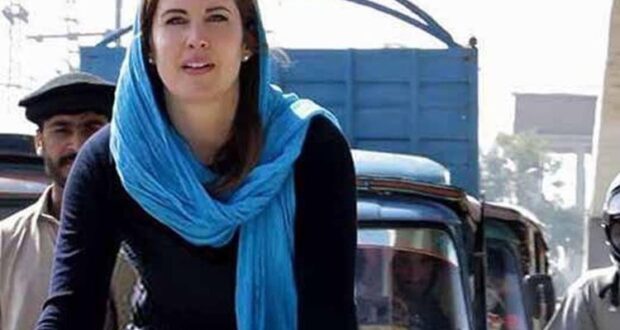 Posted by: admin in Gender Based Violence 18 days ago Comments Off on Police exonerate Gilani, Rehman Malik in Cynthia Ritchie case 48 Views

ISLAMABAD: Islamabad Police on Monday once again in subsequent second investigation exonerated Syed Yousaf Raza Gilani and Senator A Rehman Malik of all allegations levelled against them by Ms Cynthia Dawn Ritchie and termed her allegations as false and frivolous.

The police prayed in the court that Cynthia D Ritchie petition may kindly be dismissed being meritless.

The police observed that Cynthia Dawn Ritchie was submitting such type of application against the proposed accused persons just to counter blast case register against her in FIA.

The Superintendent of Police (SP) Complaints on behalf of Islamabad Police submitted the second detailed report in the court of Additional Session Judge (ASJ), Islamabad, after investigating all allegations against Senator Rehman Malik and reinforced that all allegations levelled by Cynthia Dawn Ritchie were baseless, false and frivolous as she failed to give any proof and evidence in support of her allegations.

The police report said, “She levelled an allegation of rape with her in 2011 but perusal of the record revealed that neither she moved any application in the police station herself regarding initiation of criminal proceedings nor any such information had been received in the police station from the concerned Embassy nor she filed any complaint either verbally or in writing at any forum regarding the incident. It is also noteworthy to mention that the medical evidence is very much essential in such like cases but neither she has requested for her medical examination nor attached any medico legal report along with her application. Eventually, the contents of this para also found based on false and frivolous allegations”.

The police report observed, “It is also pertinent to point out that after receipt of the above application in the police station, neither the petitioner (Cynthia Dawn Ritchie) got examined the place of occurrence nor produced any document/evidence in support of her version.” Police in its report concluded and prayed that since Cynthia D Ritchie’s application was not based on facts, therefore it might kindly be dismissed being meritless. It is, however, pertinent to mention that Islamabad High Court (IHC) had directed Federal Investigation Agency (FIA) to investigate her highly defamatory and derogatory tweets against Benazir Bhutto to defame her family and party.

Regarding alleged threats by unknown workers of Pakistan Peoples Party (PPP), the police report states that perusal of Cynthia Dawn Ricthie’s application has revealed that the petitioner alleged she was threatened by the workers of PPP through WhatsApp and Social Media but neither she mentioned any cell number through which threatening call/massages were received nor mentioned the date and time of received call/massages nor intimated the name of the person who threatened nor mentioned the type of the threat. It is pertinent to mention that all the allegations mentioned in the application by the petitioner are either through WhatsApp or Social Media which relates to the Cyber Crime and comes under the domain of FIA; whereas, threat received on telephone and WhatsApp also comes under the domain of FIA.

Senator Rehman Malik stands vindicated after thorough investigation by the senior police team and in the meanwhile a Qafz case has already been admitted by the court on the complaint of Rehman Malik. The court has served her notice in Qazf case and has declared her as accused/Mulzima though she has been avoiding facing the court.

When contacted, the spokesperson of Senator Rehman Malik said they were thankful to Allah Almighty for exonerating him from false, fabricated, concocted, frivolous and baseless allegations.

2020-07-21
admin
Previous: Murder in the name of honor
Next: ATC extends remand of accused rapist teacher