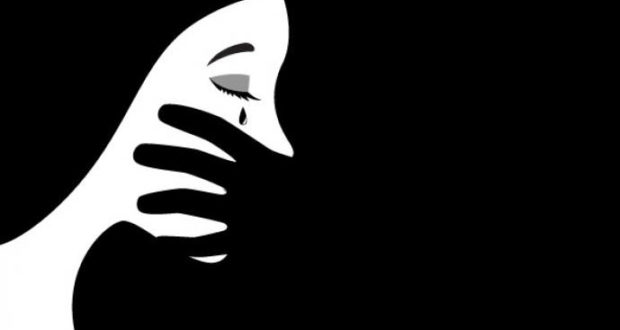 It has been a few years since the enactment of provincial laws on domestic violence against women but experts believe their implementation continues to remain a serious challenge amid weak political and administrative will.

Domestic violence against women remained legally unnoticed in the country, and it was only after 2010 that the provincial governments started seriously working on it. The Punjab government passed The Punjab Protection of Women against Violence Act in 2016, while Balochistan made this law in 2014, and Sindh introduced a similar legislation in 2013. In Khyber Pakhtunkhwa, The Domestic Violence against Women (Prevention and Protection) bill 2019 has been approved by the provincial cabinet, and is likely to be presented before the provincial assembly in the coming days.

These provinces have been aiming to have separate legal statutes to address this issue for many years. The laws in Sindh and Balochistan are similar giving a detailed definition of ‘domestic violence’ as emotional, psychological and verbal abuse; harassment; physical abuse; sexual abuse; economic abuse; wrongful confinement; criminal force; criminal intimidation; and assault. The laws in these provinces also include provisions about the protection committees and the appointment of officers to these committees. The Punjab law has a special implementation mechanism, which includes Violence against Women Centres (VAWs) in districts, and GPS tracking of offenders to protect the victims.

“We are gradually working to make an effective response mechanism to implement the law of domestic violence against women,” Nuzhat Shirin, chairperson of the Sindh Commission on Status of Women (SCSW) tells The News on Sunday. She says the implementation authority for the law is the Women Development Department of the government. “Government centres made under the law are still not up to the mark. There are efforts underway to strengthen safe houses/crisis centres for women.” Since 2017, when the SCSW was formed, Shirin says the law has been reviewed. She laments that the absence of a proper mechanism to collect credible data, apart from relying on press clippings. The SCSW is publishing its first report on the issue by next March. Over the past few months, she says the commission has received nearly 50 cases of domestic violence.

For implementation, Shirin says many cases are referred to the police, and efforts are also being made to encourage and train the staff to deal with these. She says efforts are required to ensure gender policing, raising awareness of laws and for setting up rules under the provincial domestic violence law.

Domestic violence against women remained legally unnoticed in the country, and it was only after 2010 that the provincial governments started seriously working on it.

Fauzia Viqar, former head of the Punjab Commission on Status of Women (PCSW), also believes that the laws on domestic violence lack enforcement in all provinces. “As far as I can recall, there is no conviction in the Punjab in cases of domestic violence registered under the new law,” she says. “There is only one women’s centre in Multan so far, while the requirement is to set up such centres in every district of the province.” There are also issues of awareness and lack of funds for infrastructural development, and all of this needs political will,” says Viqar. She says other provinces are far behind in term of implementation of these laws.

The Punjab Commission on Status of Women helpline received 8,489 inquiries related to domestic violence in the past four years. It also lodged 486 complaints of which 215 were successfully dealt with and 249 are under process, according to the former chairperson of PCSW, Viqar. Other provinces lack data which adds to the challenges posed to implementation of these laws.

Human rights defender IA Rehman believes the implementation of these laws will remain a challenge given how violence has been normalised in the society. “Unluckily, our society does not support such laws where it is considered common to beat wives, sisters, daughters and even children,” he says. Rehman says until and unless the social fabric is changed, putting an end to such crimes will remain a challenge. “Political will is another issue altogether, we will have to wait for years to ensure proper implementations of such laws.”

Rehman says that without serious legislation such issues will remain. Pakistan, he says, is a male-dominated society and most of the time such laws are framed by people who observe such practices around them with a degree of immunity and indifference. “They make such laws, but their heart is not in it,” he says. Our cultural practices and perceptions, says Rehman, remain dominant which are also reflected in government officials, including the police, judiciary and executive. “We need a lot of sensitisation before enacting these laws and debating about their implementation. Otherwise this will remain a dream,” he says.

The News: No country for women

2019-08-04
admin
Previous: The war of narratives
Next: ‘Incidents of acid throwing on women dropped to 50 percent’