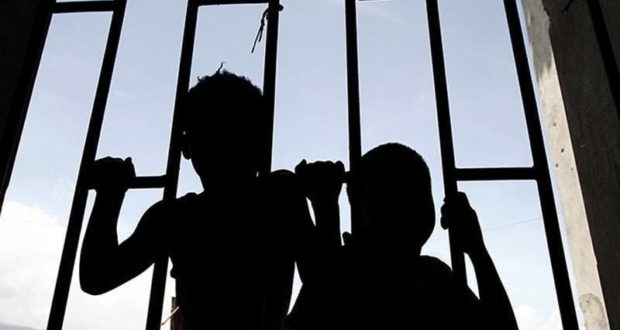 MANSEHRA: The police on Saturday sealed a seminary in Thakra Parhana area here and arrested four people over the sexual assault of a minor student.

However, the prime accused, a seminary teacher, is at large.

“Following the sealing of the unregistered seminary and the arrest of four co-accused in the assault case, a special team of the police has been raiding the possible hideouts of the main accused to apprehend him,” deputy inspector general of police, Hazara range, Mazarul Haq Kakakhel told the boy’s family here.

Mr Kakakhel, who also inquired after the child at the Ayub Medical Complex, Abbottabad, said all those involved in the heinous crime would be dealt with strictly.

He said he would bear all expenses of the child’s treatment.

The DIG said the police had sent around 140 students enrolled in the seminary home.

Meanwhile, Mohammad Sohail, a spokesman for the police, said the arrested co-accused included the seminary’s owner.

He said the preliminary investigation had revealed that the prime accused was also a government school teacher and had receiving salary without performing his duty since long.

The spokesman said the police raided the seminary for the arrest of the prime accused after learning about the sexual assault but he managed to flee.

He said the prime accused would be held soon.

Also, Chief Minister Mahmood Khan ordered DIG of Hazara police Mazarul Kakakhel to ensure an immediate arrest of the main accused and submit a report to him about it within 24 hours.

Ali Gohar, an uncle of the seminarian, said the child’s medical examination had confirmed sexual assault.

Claiming that the condition of his nephew is critical, he demanded the immediate arrest of the prime accused for exemplary punishment.

Meanwhile, scores of students took to the streets against the sexual assault and demanded the immediate arrest of the culprit for punishment.

“The growing incidence of heinous crimes against minor children is intolerable. The police should arrest the prime accused in the seminary assault case without delay and stone him to death publicly,” student leader Mohammad Shoaib told protesters outside the press club building here.

Holding placards and banners and shouting slogans against the child abuser, the protesters marched on several roads.

Mr Shoaib warned that street protests would be staged across the province if the culprit isn’t held and hanged publicly.

Another student leader asked the government to legislate to award the sentence of public hanging to the people committing heinous crimes against children.