Posted by: admin in Domestic Violence, Gender Based Violence January 10, 2016 Comments Off on Killer of pregnant woman arrested 1175 Views

LAHORE: The CIA Police have solved the mystery of killing a pregnant woman during dacoity on the Sundar Das Road here on December 29 last and arrested the killer of the deceased.

He said, taking notice of the incident, the Punjab chief minister had ordered him to arrest the person involved in this incident.

Responding to which he constituted four police teams, which succeeded in arresting Usman, husband of the deceased Amna.

The accused confessed to his crime and told the police team that he had shot his wife over a domestic issue. She was rushed to hospital where she succumbed to her injuries. Her innocent girl also expired after two days. The CCPO appreciated the efforts of police officials’ team, which had arrested the accused. 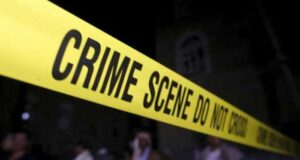