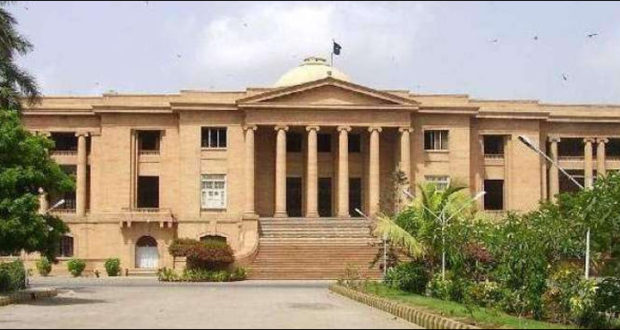 The Sindh High Court (SHC) on Thursday took exception to the standard operating procedure (SOP) of the police for dealing with rape and assault cases, saying that no exact time frame was mentioned for the investigating officers to take DNA samples and getting them tested.

The SHC’s division bench headed by Justice Mohammad Ali Mazhar directed the provincial police chief and the home department to convene a meeting to devise a complete mechanism under which IOs or SHOs are not burdened with the cost or demand of bill of DNA tests.

The court said that there must be a system under which after the collection of samples a bill for their tests is sent to the provincial government for payment.

The order came on a contempt application against non-compliance of the court’s directives calling for the home department, district & sessions courts and anti-terrorism courts to ensure arrangements for DNA tests, recording of victims’ statements through teleconference and in-camera trial proceedings in rape and assault cases. The applicant’s counsel said that on January 31 last year the high court had directed Sindh’s police chief and prosecutor general to ensure proper arrangements for conducting DNA tests and in-camera trials in rape and related cases.

He said the alleged contemnors were deliberately violating the court’s directives, adding that the preservation and testing of DNA evidence was sporadic, unregulated and delayed, while the facilities available for DNA tests continued to be severely limited and dysfunctional.

Citing the example of the Jamna rape case in Sujawal, the counsel said the survivor continued to await her DNA test result despite the passage of four months.

Besides, he added, there has been no progress towards conducting rape trials in camera or after court hours, and even child survivors continue to be forced to face their alleged perpetrators in open courtrooms and have to repeatedly suffer until the evidences are recorded.

He said the victims and survivors of rape and assault cases continue to suffer through prejudiced investigations and trials and denial of justice, as the orders for making these trials effective and sensitised to the nature of the offence remain unheeded.

The counsel pointed out that so many DNA test reports were awaited due to non-payment of bills of the laboratories concerned. The court was requested to take action against the alleged contemnors for violating the court’s directives.

Sindh police chief Dr Syed Kaleem Imam submitted a compliance report and said that the police have an SOP for carrying out immediate DNA tests with certain directions to the SHOs and IOs.

Filing details of rape and assault cases, Imam said 575 rape cases were registered in Karachi Range, 585 victims were reported, 493 suspects were nominated and 640 suspects were arrested. He added that 410 cases were pending in different trial courts, where 13 accused were convicted, 47 acquitted and 23 were out on bail.

Regarding Hyderabad Range, he said 134 cases were registered, 106 victims were reported, 273 suspects were nominated and 206 suspects were arrested. He added that 54 cases were pending in different trial courts, where four accused were convicted and 43 were acquitted.

In Sukkur Range, said the police chief, 60 cases were registered, 62 victims were reported, 142 suspects were nominated and 89 suspects were arrested. He added that 35 cases were pending in different trial courts, where one accused was convicted and nine were acquitted.

The court asked why DNA tests were not being conducted on time, observing that no negligence will be tolerated in rape and related cases. The bench said that if investigation in such cases continued to be delayed, the courts will have no other option but to grant bail to the accused.

The SHC asked Imam how rape and related cases can be proved when DNA tests are not being conducted, and how the accused can could be convicted without any evidence.

The court said that no exact time frame was mentioned in the police SOP under which SHOs or IOs are required to forward samples for DNA tests and receive their reports without any delay.

The DIG (legal) informed the bench that the provincial government had recently signed agreements with the University of Karachi and Jamshoro’s University of Sindh for DNA tests, and some payments had also been made for the purpose.

The court said the police and the home department still did not have any mechanism to deal with the situation as to when the IO would forward the sample, if it would be directly received by the university, if they would ask for payment first or if they would send the bill directly to the government.

Home Secretary Dr Usman Chachar said that some amount had been paid and some would be transferred to an escrow account, but he could not satisfy the court about the procedure under which samples would be received and bills would be sent to the government.

The court directed the home department and the police chief to convene a meeting within three days and devise a complete mechanism for swift DNA tests under which IOs or SHOs are not burdened with the cost or demand of bill.

The bench said the SHC wanted to examine a list of all individual cases pending in courts and the reasons for non-compliance of its directives by the presiding officers of the sessions and anti-terrorism courts.

The court said that if any deficiency was found in the compliance of court directives, the presiding officer of the court concerned will be held responsible to face the consequences and they will have to appear in person to explain their position.

The police chief said they have already sanctioned funds for the investigation, and if they are allowed, they may pay the DNA test fee, so he requested that some directions may be issued to grant this amount as impress money for using it in DNA tests on immediate basis.

The bench said that this aspect will also be considered by the home secretary in the meeting to be convened under the direction of the court.

The judge directed the finance secretary to attend the meeting, and said a compliance report is to be submitted by the home secretary, the police chief and the MIT-II in court on February 27.

Earlier, the additional law secretary had informed the court that the government had amended Section 156(B) and inserted Section 156(C) and 156(D) in the Criminal Procedure Code, making DNA tests in sexual assault cases mandatory.

He said that under the criminal procedure code, DNA tests of rape victims will be mandatorily conducted by police officers through laboratories recognised by the government, and the IO will collect DNA samples from the victims within 72 hours of the incident.

The law department official said the investigation agency will preserve DNA samples and their results at the hospital of the forensic laboratories.

Kainat Soomro and other petitioners had said that the Supreme Court had directed the provincial government and other authorities to reform the investigation process of rape cases, but the directions of the top court were not being complied with. They said rape survivors were unable to get justice due to the faulty process of investigation.

The petitioners, who also cited the provincial police chief and health secretary as respondents in their petition, asked the court to direct them to take immediate steps to improve the investigation system.

They also asked the court to direct the authorities to establish a rape crisis cell in each district of the province to facilitate the survivors in acquiring immediate medical, financial and legal assistance.

2020-02-14
Web Desk
Previous: For a society to progress, ensuring women’s right is essential
Next: NICVD security head convicted of harassment