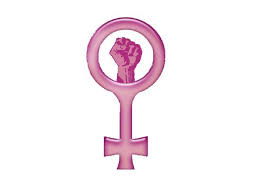 He was speaking at the opening ceremony of a workshop on Gender Based Violence at the Punjab Judicial Academy in collaboration with the Asian Development Bank and the Law and Justice Commission of Pakistan.

The chief justice said there must be a fundamental change in societal attitudes and particularly in men’s perception of women’s status. Courts were working in cases involving gender based violence with an informed approach keeping in view all aspects of the matter.

He called violence against women a grave violation of human rights, saying its impact spanned from immediate to long-term multiple physical, sexual and mental consequences for women and girls, including death.

The chief justice said the violence left negative effects on women’s general well-being and prevented them from fully participating in society. “Violence not only has negative consequences for women but also for their families, the community and country,” he added.

He said the social protection of women was enshrined in Article 25 and 34 of the Constitution of Pakistan and the country was also a signatory of various regional and international treaties seeking to protect women’s rights and promote gender equality.

Chief Justice Khan said a strategy to prevent violence must also promote nonviolent means to resolve conflict. He said passing laws to criminalise violence within family relationships was an important way to redefine the frontiers of acceptable behavior.

However, he said passing or amending laws on paper was not enough to ensure change, but their strict implementation could be a considerable asset in helping women to protect themselves from violence.