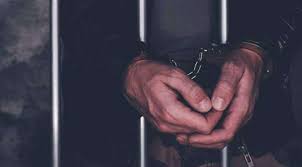 KARACHI – Police on Wednesday claimed to have busted a five-member gang behind several killings and rapes during robbery bids in the port city. The arrested suspects have been identified as Shayan Shani, Danyal Chand, Shan Masih, Emmanuel and James alias Jimmy. Senior Superintendent of Police (SSP) East, Suhai Aziz Talpur said five different kinds of weapons, two motorcycles, over Rs300, 000 cash and looted valuables were seized from their possession. She said the suspects were involved in more than 20 cases of heinous offences. They murdered a property dealer, Farooq during a robbery bid on Feb 6 and made off with six mobile phones and Rs60, 000 cash. On Jan 27, the suspect murdered a member of Saddar electronic market and took away two mobile phones and Rs25, 000 cash. Later, on Jan 28, they gang raped a woman during robbery in Hassan Brohi Goth. Upon questioning, the SSP said, the suspect confessed to having sexually abused women during robbery in three houses in the city’s Surjani area.