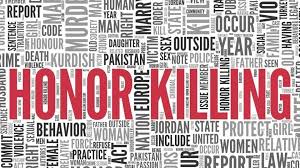 KARACHI: A woman and her teenage daughter were found murdered in New Soomra Goth in Malir on Monday, police said.

They said that the bodies of Zohra, 35, and her daughter, Zoya, 17, were found in a house within the remit of the Memon Goth police station.

The bodies were shifted to the Jinnah Postgraduate Medical Centre (JPMC) where doctors confirmed that they were killed with some hard and blunt weapon, said Malir SSP Irfan Bahadur.

He said that investigators suspected that the deceased woman’s husband, identified as Ajab Gul, had killed his wife and daughter and escaped.

He said that they had reasons to believe that the double murder was carried out in the name of so-called honour.

He added that the police asked the victims’ relatives to give their statement for lodging an FIR.

Two men were shot dead in the Steel Town area on Monday.

Police said that the bullet-riddled bodies of Waleed Mohammed and Imran Saeed were found in a house in Soomar Jokhio Goth.

The bodies were shifted to the JPMC for medico-legal formalities.

The Malir SSP said that they suspected some personal enmity over some property dispute as the likely motive for the killings.

He said that the investigators had got significant leads about the two men involved in the killings. The alleged killers were said to be the deceased’s relatives.

A woman, who suffered bullet wounds when her brother-in-law shot dead her husband and committed suicide over some property dispute in PECHS on Sunday night, died during treatment at the JPMC on Monday evening.

According to Dr Seemin Jamali, the JPMC’s executive director, Mrs Aniqa, 40, sustained two bullet wounds in the abdomen and arm and was put on a ventilator when she was brought to the facility.

Tipu Sultan SHO Faisal Khan said that Khalid Gohar, 50, gunned down his brother, Hamid Gohar, 45, and injured his sister-in-law, Aniqa, in their home before shooting himself to death.

He said that a property dispute had been going on between the brothers for the last several years.

On Sunday night, Khalid took out his pistol and opened indiscriminate fire on his brother and his sister-in-law. Hamid sustained five bullet wounds and died. The police said that the victims’ father was a former chairman of the Association of Builders and Developers.

The officer said that since the family members were in trauma, the investigators had not approached them for recording their statement to initiate any investigation into the incident.

Two people were killed and five passengers injured in a head-on collision between a minibus and an SUV in the Defence area on Monday.

They added that the accident took place in Phase-VIII and seven people sitting in both the vehicles suffered injuries.

They were taken to the JPMC where doctors pronounced a woman dead on arrival, said Dr Jamali. Another person, identified as Naveed Riyasat, died during treatment, she added.

The Sahil police said that Riyasat was a retired Rangers man who was currently working as the security guard of a retired major. He was travelling in the SUV whose driver, Ali Gohar, was taken into custody.

The identity of the deceased woman could not immediately be established.

Except the ex-Rangers man, all others were travelling in the minibus, police said, adding that the driver escaped.