Defence against offence : Sindh to legislate anew for protection of women rights 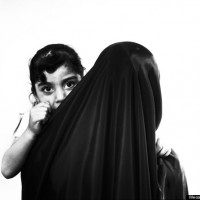 By: Razzak Abro KARACHI: Sindh government has decided to make fresh legislation for protection of women rights in the province. The government has also constituted an eight-member committee comprising women legislators of the Sindh Assembly belonging to different political parties. The committee will draft a proposed bill in consultation with civil society organisations working for [...]

END_OF_DOCUMENT_TOKEN_TO_BE_REPLACED

KASUR: A man drowned his three minor daughters in Head Balloki Canal on Tuesday over domestic disputes. Police said Muhammad Akmal had married Ayesha Bibi eight years ago and the couple was living at Magatwala with their three daughters namely Iram (8), Rabia (3) and eight-month-old Munazza. The couple started quarrelling over domestic issues like [...]

END_OF_DOCUMENT_TOKEN_TO_BE_REPLACED

Pakistani women use jirga to fight for rights

By: Orla Guerin Women in Pakistan’s Swat valley are making history, and perhaps some powerful enemies, by convening an all-female jirga, a forum for resolving disputes usually reserved for men. Some readers may find details of this report by the BBC’s Orla Guerin disturbing. Tahira was denied justice in life, but she continues to plead [...]

END_OF_DOCUMENT_TOKEN_TO_BE_REPLACED

By: Haroon Siraj SWAT: Swat female jirga Head Tabassum Adnan said that now no woman would be left at the mercy of males and their Jirgas which “make woman a scapegoat”, and added that the new jirga’s purpose was to ...

END_OF_DOCUMENT_TOKEN_TO_BE_REPLACED

OKARA: A man gunned down six people including daughter, her husband and her in-laws over a free-will marriage dispute here late the other night. According to details, the tragedy took place in village Tara Singh in Depalpur Tehsil where blood-thirsty ...