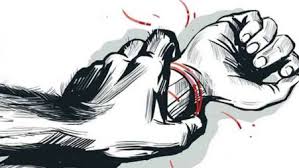 The Model Criminal Court, after after examining the FIR, statements of eye witnesses, investigation report and evidence, awarded life term with Rs100,000 fine to Gul Muhammed Tunio accused of raping a child in Jacobabad in 2017. The convict would undergo one more year of detention if he fails to pay the fine. Following the verdict, the convict was shifted to the Central jail, Larkana.

Share0Pin0Tweet0LinkedIn0Email0
2020-11-27
admin
Previous: Plea of Arzoo’s family for transfer of case rejected
Next: State of women in GB: Most women accept wife-beating if woman neglects children