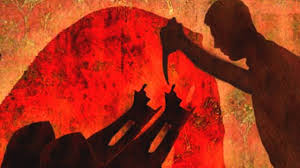 LAHORE   –  A newly-wed woman was strangled by her brother in Lahore’s Burki neighbourhood days after she contracted marriage against the will of her parents, police said on Thursday. The body was shifted to the morgue for autopsy.

The deceased was identified by police Mahwish Sajjad, who married to a man of her own choice through court a couple of days ago.

According to Burki investigation police, Ghulam Ghouse entered the room of his sister when she was seeping. The 30-year-old attacker strangled his young sister by putting a pillow on her face, a police investigator said. The suspect was arrested by police soon after the incident. The police also registered a murder case against the arrested suspect and launched the investigation.

Police claim to have arrested 442 drug pushers in May

DIG (Operations) Ashfaq Khan has ordered the Lahore Police to implement zero tolerance policy against the criminals involved in drug peddling, the spokesman said. Lahore police will deal with such elements with iron hands.

The Express Tribune: Man arrested for murdering sister over ‘honour’