Call to end violence against women

KARACHI: The 16 days of activism against gender based violence and child’s rights is an international campaign that takes place each year at commences on November 25, the International Day for the elimination for violence against women to December 10, Human Rights Day.

In this regard the Women Development Department (WDD) government of Sindh in collaboration with legal rights forum (LRF) and other organisation (UN Women, CRM Sindh, Sarim Burney Trust, Kaash, Aurat Fouondation, MCTS, Wonder Women, Empower Youth for Women, Catholic Board of Education, She Earns, Aas Trust) have planned a provincial grand provincial launch of the campaign for 16 days activism.

This was disclosed by Sindh Minister for Women Development Syeda Shehla Raza during significant press conference held at her office here on Thursday. The minister also gave details of 16 days activism plan starting from 25th to December 10, throughout the Sindh province in health, education and women department level.

Syeda Shehla Raza described the 16 days activities including focused on gender based violence, GBV issues including domestic violence, early age child marriage, breast cancer, career counseling and training. She said that it was decided to protect the poor and needy women at every level with slogan called, ‘Mehfooz Aurat Mazboot Muashra’ during this campaign.capacity building of officials , prompt liaising of all stake holders, workshops seminars etc. would be arranged at district level.

She further said that in the back drop of this initial programme is being held at Sindh Assembly Building on November 25, it would be an orange event which symbolize a day to take action to raise awareness and prevent violence against women and girls designed by UN secretary general’s unite to end violence against women campaign proclaimed on 25.

The minister further elaborated that objectives of the campaign to create awareness an awareness among communities about laws and women rights pertaining to legal aid clinics in major districts of Sindh province to disseminate the knowledge and awareness against gender base valence, right to inheritance, family court matters, child and forced marriage, harassment, rape and acid and burns crime, to mobilize communities and develop their linkages with legal and social protection institutions, to sensitize policy makers and law enforcement agencies about GBV, to identify partners for future campaigning on GBV and to mobilize media houses for media education and training on sensitive coverage GBV.

Syeda Shehla has announced that the programmes of 5th and 6th December will be briefed through press briefing on 3rd December to further highlight the activities of 16 days activism under the banner of elimination of violence against women.

It is used an organising strategy by individuals and organisations around the world to call for the prevention and elimination of violence against women and girls, she added.

Previous: Man kills his two wives for ‘quarrelling with each other’
Next: 30 women killed in the name of honour in 2018: report 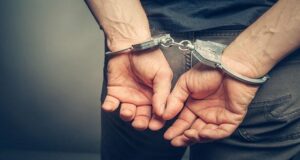