November 1, 2022 Comments Off on 12- year-old girl allegedly raped at gunpoint in Bahawalpur 40 Views 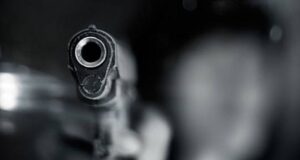 BAHAWALPUR: In another incident of sexual assault, a 12-year-old girl was raped allegedly by a laborer at gunpoint in Bahawalnagar, ARY News reported. According to details, the incident took place in Bahawalnagar’s Chaweka tehsil, where a labourer – identified as ...

END_OF_DOCUMENT_TOKEN_TO_BE_REPLACED 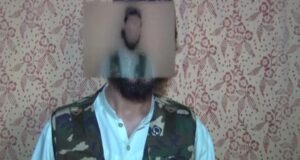 RAWALPINDI: At least two women were killed in two different incidents in Rawalpindi on Monday. In the first incident, a man shot and killed his sister within the Pirwadhai police limits. Adil Taj told the police that Riaz alias Lacha ...

END_OF_DOCUMENT_TOKEN_TO_BE_REPLACED 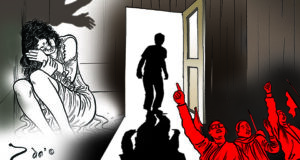 KARACHI: New Town Police arrest two suspects Arsalan Taj Wali and Salman M Azher for alleged kidnapping and rape of an 18-year-old girl. The victim told the police that she was waiting for rickshaw alongside a road in her neighborhood ...

END_OF_DOCUMENT_TOKEN_TO_BE_REPLACED

Court refuses to hand over underage girl’s custody to parents

November 1, 2022 Comments Off on Court refuses to hand over underage girl’s custody to parents 34 Views

A court on Monday declined to hand over the custody of a girl who was allegedly abducted from Karachi and later surfaced in Lahore to her parents. However, it allowed them to meet her twice a month at a shelter ...

END_OF_DOCUMENT_TOKEN_TO_BE_REPLACED 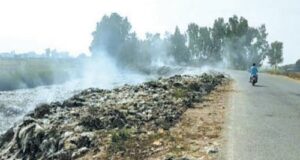